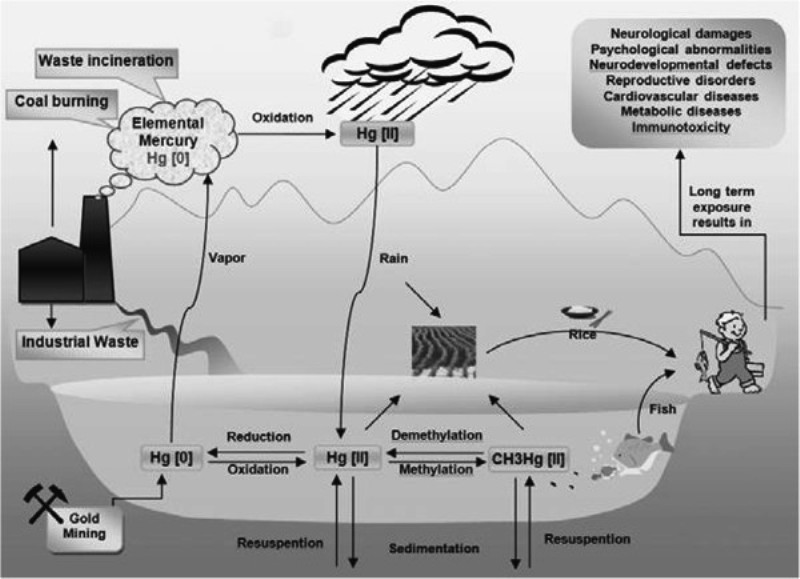 Mercury
Toxic effects of mercury poisoning can be treated using the homeopathic remedy known as Mercurius, symptoms induced by dental fillings of amalgam include many sorts of gum disease and gum bleeding, the toxic effects of the mercury can also lead to the formation of abscesses in the mouth, it can cause mouth ulcers. Patients often complain of recurring and persistent sore throat, such patients also tend to suffer from colitis and women may suffer frequent miscarriages. Another excellent homeopathic antidote to treat mercury toxicity is the remedy known as Hepar sulph., this remedy can be used in the treatment of frequently developing abscesses in the mouth, it can also be used in the treatment of bronchitis and other pulmonary infections induced by the presence of high levels of mercury, such infections typically lead to the giving off of thick and yellow pus. Each symptom must be studied and treatment should use the appropriate homeopathic remedy.

Medicinal herbs effective in treatment of heavy metals
poisoning
Key herbs which can act in this way including Allium
sativum (garlic), Silybum marianum (milk thistle),
Coriandrum sativum (cilantro), Ginkgo biloba (gingko),
Curcuma longa (turmeric), Phytochelatins, triphala, herbal
fibers and Chlorophyta (green algae) are briefly discussed
below:
Allium sativum
Allium sativum is an herbal medication containing allin, as its main amino acid. Allin contains sulfur substitutes and in the presence of alliinase is converted to allicin, which then produces other compounds such as: vinyldithiines, ajaenes, and poly sulfides.
Sulfur components are responsible for the smell created by garlic. Allium vegetables, such as garlic, onion, leek and chive, contain
organosulfur compounds contributing to clearance of heavy metals such as lead and arsenic by the liver. Also, cruciferous vegetables, such as broccoli, cauliflower, cabbage, kale, Brussels sprouts, turnips, and kohlrabi are rich sources of sulfur-containing substances.
Garlic
Garlic has been used as an herbal medication throughout ancient and modern history to prevent and treat a wide range of conditions and diseases. Based on evidences, in the Middle East and East Asia, garlic has been used to treat bronchitis, hypertension, tuberculosis, liver disorders, intestinal worms, rheumatism, diabetes and fewer. Garlic
is reported to be a wonderful medicinal plant owing to its preventive effects against cardiovascular diseases, lowering blood sugar and cholesterol levels, effective
against bacterial, viral, fungal and parasitic infections.
Heavy metals can damage the tissues through indirect
induction of oxidative stress. It has been shown that garlic
has a protective effect on the liver. It has the high effect
on poisoning caused by cadmium, mercury and lead,
respectively (28).
Onion and garlic could be used as an alternative
remediation to increase clearance of toxic heavy metals
such as arsenic, cadmium, iron, mercury and lead.
Garlic is rich in vitamin C, vitamin B6 and manganese.
Organosulfur compounds specially and allicin, are
biologically active ingredients providing the main
protective capabilities of garlic. These components could
contribute to detoxification of heavy metals since they areable to bind to most of chemical compounds harboring
positive charges.
Garlic shows a protective effect against heavy metals
poisoning in mice and co-administration of garlic with
cadmium or organic mercury for 12 weeks reduces the
accumulation of heavy metals in the liver, kidneys, bones
and testicles (target organs of cadmium poisoning). Also,
it has been shown that regular garlic consumption reduces
the histopathological damages and inhibit serum alkaline
phosphatase enzyme. Garlic at the higher dosage causes a
decrease in mercury accumulation in the brain in animals
treated with methyl mercury. This protective effect is
because of a smaller amount of mercury absorbed into
the brain as a result of the increased excretion of mercury
from the body by garlic. The protective effect of garlic is
probably caused by sulfur compounds combining with
the heavy metals in the body and promoting excretion
through bile to the feces. Studies have also shown that the
absorption of garlic through the respiratory tract can limit
the effect of lead (29).

Milk thistle
Milk thistle which is also known as Silybum marianum is native to Europe, the Middle East, North Africa, and parts of the Mediterranean region. However, it can be found around the world. Milk thistle history is quite vast. Humans
have used milk thistle for more than 2000 years. In ancient Greece the doctors have recommended milk thistle tea as a remedy for snakebites. In the sixteenth century, the English herbalist John Gerard has mentioned milk thistle as an anti-depressant herbal in his “Anatomy of Plants”. In the seventeenth century, physician and herbalist Nicolas Culpeper claimed that milk thistle can help the liver by unblocking it, when the bile ducts blocked, bile builds up in the liver and jaundice developed due to increasing level of bilirubin in the blood, so it also helps to cure jaundice.
Milk thistle has been used as an herbal medication all over the world. Many of early botanists and pharmacists in ancient Greece and Rome have used milk thistle to aid bile-related problems, which, as we know, are liver-related complications. Also, in traditional Chinese medicine, milk thistle belongs to the category of herbs that clears heat and relieves toxicity. Herbs in this category are used to clear infections, which are referred to as internal heat in
traditional Chinese medicine.
Silybum marianum contains flavonoids such silybin, silychristin, silydianin and 2,3 dehydro derivatives (30). Oral silybin consumption, especially silybin-ß
cyclodextrin, protects liver against iron-induced toxicity in mice. Silybin treatment reduces the accumulation of additional malondialdehyde-altered proteins in peritoneal portal hepatocytes (reduces oxidative and lipid proxidative damages).
Silybin also reduces liver function impairments. Protective properties of Silybin are possibly explainable by its notable iron binding ability.
A group of Italian researches have reported the silybin content for Iron binding (silybin is a component of the silymarin or flavonolignan complex). This complex is found in milk thistle.
The study was designed to find an oral and nonsynthetic alternative for synthetic iron-binding agent “Desferrioxamine” because this drug has side effects like: bone deformation, sensory impairment and toxicity.
These researchers found that silybin bound to ferric iron, strongly even in acidic pH. Regarding its bioavailability silybin seems to have potential to increase the excretion of heavy metals.
In addition, the simultaneous consumption of vitamin C (ascorbic acid) and silymarin, results in more improved detoxification of lead by rats liver. In patients with liver problems arising from toluene and xylene, silymarin could improve liver function.

Turmeric
Turmeric is the root of a plant which is scientifically known as Curcuma longa. While turmeric is perfectly safe and a wonderful spice, it isn’t as useful to our body system as its component, curcumin. Curcumin is a naturally-occurring
chemical compound found in the spice turmeric.
Curcumin is a bright yellow chemical agent produced by some plants. It is a member of ginger family, Zingiberaceae.
Curcumin has been used historically in Ayurvedic medicine against various human diseases. Anti-hepatoxic effects of curcumin are well-documented and according to the literature, curcumin reduces liver toxicity caused by environmental toxicants such as arsenic, cadmium, chromium, lead and mercury. It prevents histological damage, lipid peroxidation and corrects glutathione level to retrieve the antioxidant capacity of liver and to protect
the liver enzymes against oxidative stress. Most of the protective effects attributed to the curcumin arise from its ability to trap free radicals and its chelating property.
As indicated in the literature, dietary supplementation could be considered as a natural method for detoxification of heavy metals. Although time-consuming,
supplementation with vitamin C, chromium and garlic helps to clear metals from the body, and it does not show the side effects arisen from administration of chemical chelators.
The study by Hewlings and Kalman highlights two important biological properties of curcumin, one of them is anti-oxidant and the other one is anti-inflammatory effects. According to the results of these researchers, curcumin exerts its antioxidant effect by trapping free radicals and by adjusting the activity of catalase, glutathione and superoxide dismutase enzymes.

Cilantro
Cilantro (Coriandrum sativum) is a plant native to Mediterranean region of Europe. Cilantro has been used for at least 5000 years. The cilantro seeds, also known as coriander, has been found in ancient Egyptian tomb. Coriander has been used in the treatment of male
infertility. The Chinese people have used cilantro for centuries. The ancient Egyptians used coriander tea to treat clinical conditions such as urinary tract infections and headaches.
Several studies have been conducted to investigate the potential of cilantro in detoxification of heavy metals.
Results of two published studies suggest that this plant could help improve mercury clearance in a number of patients poisoned with heavy metals. However, these studies showed that cilantro established a weaker bond with heavy metals in comparison to allicin of garlic and silybin of milk thistle, indicating that its administration
has less priority than garlic and milk thistle.
The results of another study showed that cilantro prevented localized placement of lead in mice. However, these results are remarkable for bone tissue and not for soft tissues. In other hand, the relationship between dose and response has not been observed so the presented
results are not very reliable.