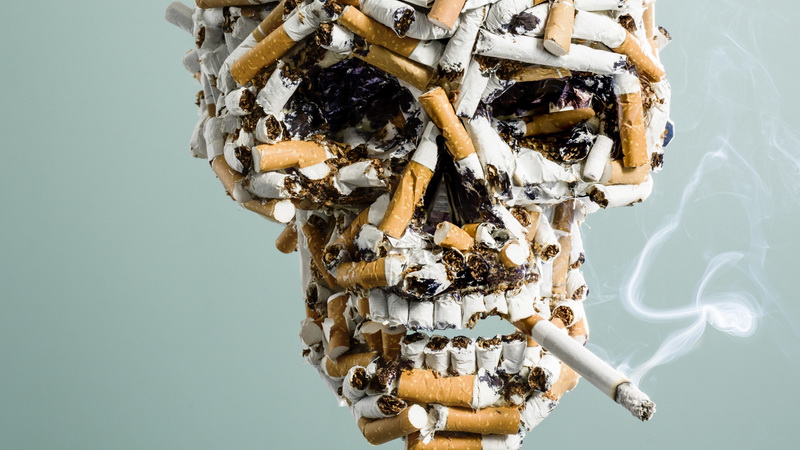 10 Foods That Are Hurting Your Brain

Our brain is the most complex part of our body.  It only weighs 3-4 pounds but it is composed of neurons that controls our movements, sensations and thoughts, thus making it way too important than we thought it is.  That is why we should take good care of our brain.  Here are 10 foods you might want to avoid to have healthier brain.

“Processed foods and any foods that are hyper-allergenic can take a toll on brain health,” said Brandon Mentore, a sports nutritionist, and functional medicine practitioner to Medical Daily. Most foods today are actually being processed already.  Talking about practicality, it is convenient to have processed foods in the table. There is nothing wrong in eating these kind of foods.  However, chemically processed foods are not that safe anymore especially if you are taking too much of it.  It can cause several diseases that can get really serious by time.  It can also, well, hurt your brain.

Why is that? Chemically processed foods are loaded with added sugar and worse, high fructose corn syrup.  They are also high in sodium and are full of partially hydrogenated oils or commonly known as trans-fat.  Some of them can also contain Monosodium glutamate (MSG) and saturated fat.  Are you still not convinced? Looking at the label of processed foods, you will notice that they are containing all sorts of artificial ingredients.

Now, you are thinking: what do all of this have to do with a person’s health?  The answers are found below.

Partially hydrogenated oils or commonly known as trans-fat might cause a serious brain drain and also risk to have a damage on your heart health.  Founder of YES! Nutrition, LLC and dietician nutritionist Tori Holthaus says “Diets high in trans-fats increase beta-amyloid—a peptide ‘plaque’—deposits in brain that are associated with Alzheimer’s disease”.

Lizette Borreli, a senior reporter at Medical Daily writes “A 2012 study published in Neurology found a high intake of trans-fat is linked to brain shrinkage. Scientists scanned the brains of the participants to ensure the brain volume would be measured accurately. It was those who had high vitamin levels who had larger brains, and vice versa. Those with high trans-fat diets were found to experience brain shrinkage similar to people with Alzheimer’s disease.”

This tans-fatty acids are commonly found in margarine, chips, crackers, cookies, and other processed foods.

If you love Asian cuisine, you must be careful on choosing foods that are high in MSG because most of the Asian foods contain a lot of MSG. What is this MSG?  Monosodium glutamate or commonly known as MSG is approximately 78 percent free glutamic acid, 21 percent sodium, and up to 1 percent contaminants.  It is an excitotoxin that actually affects your brain chemistry through overexciting your cells to the point of brain damage.

Studies have shown that the body uses glutamate, an amino acid, as a nerve impulse transmitter in the brain and that there are glutamate-responsive tissues in other parts of the body, as well.  Abnormal function of glutamate receptors has been linked with certain neurological diseases, such as Alzheimer’s disease and Huntington’s chorea. Injections of glutamate in laboratory animals have resulted in damage to nerve cells in the brain.

Uncontrollable intake of MSG can cause obesity, eye damage, headaches, fatigue and disorientation, and depression.

Julie Corliss said “Sugar-sweetened beverages such as sodas, energy drinks, and sports drinks are by far the biggest sources of added sugar in the average American’s diet. They account for more than one-third of the added sugar we consume as a nation. Other important sources include cookies, cakes, pastries, and similar treats; fruit drinks; ice cream, frozen yogurt and the like; candy; and ready-to-eat cereals”.

Imagine the foods we eat everyday contain too much sugar than what our body actually needs.  According to nutritionists, we should not intake too much added sugar in our body for it is not good for our health.  Why is that? First, added sugar delivers calories unaccompanied by vitamins, minerals, fiber and other good nutrients.  That doesn’t sound pleasing already. Second, it can also cause improper weight gain and cavities.

According to researchers, too much fructose intake can hamper how brain cells use and store the energy required to process thoughts and learnings.  They said that high fructose corn syrup will impair your ability to remember and change your brain’s ability to learn.

Lizette Borreli, a senior reporter at Medical Daily writes, “Too much sugar in the blood can slow down your brain cells’ use of insulin to break down sugar to help process thoughts and emotions.”

She also added that “A 2012 study published in the Journal of Physiology found fructose slows down the brain and memory functions in rats. High fructose corn syrup is widely used in the U.S. and alters the brain’s ability to learn and remember information. Americans should try to limit their sugar intake, which includes high-fructose corn syrup, and high-carb foods.”

According to Terry Davidson and Camille Sample on their article entitled “Fat And Sugar-Heavy Diet Harms Your Brain – And Makes You Keep On Eating”, they wrote “Obviously, overeating unhealthy foods can lead to overweight. But looking beyond direct effects on expanding waistlines, our lab studies how mental functioning is related to diet. We’ve found a troubling link between a fat-rich diet common in the West and brain-related ailments that can actually impair our ability to avoid overeating.”

Indeed it’s true. A 2013 JAMA Neurology even said “A diet high in saturated fat can decrease the brain’s ability to fight the formation of Alzheimer’s-linked brain plaque.”

An assistant professor of behavioral neuroscience at the University at Albany, Ewan McNay, Ph.D. also says that saturated fat impairs your brain’s ability to learn and form new memories within a little as 10 minutes after mowing down.

Now what are these ingredients have in common?  Obviously, they are all chemicals that cause no good in our body.  Why is that? Again, they are chemicals and that explains a lot.

If you are a coffee lover, you should at least know where they are made from.  Coffee is basically made from coffee beans.  These beans have this naturally occurring substance known as caffeine.  What does caffeine actually do to your brain?  Caffeine actually helps your alertness.  It can make you more energetic and activates your brain to being more hyper than usual.

Anthony Domanico said “Caffeine also builds up the adrenaline supply, which increases heart rate, gets blood pumping, and opens up airways. And, caffeine prevents dopamine from getting reabsorbed into your system, leaving the feel-good chemical hanging around in your brain longer. On the downside, this dopamine effect is also what makes coffee so addictive, so keep that in mind the next time you’re eyeing that 2nd (or 10th) cup of joe”

Indeed, he’s right.  However, taking too much caffeine is not a good idea.  US Food and Drug Administration (FDA) says six hundred milligrams of caffeine per day is already too much.  It can already cause headaches, and could worsen your anxieties and sleep disorders.  There is also a possibility for someone to be overdosed in caffeine.  It will cause confusion and hallucinations, and sometimes convulsions that might result to death.

Salt has been a part of our everyday meals.  It’s no surprise that an average diet always has salt in the list.  However, it can also cause negative effect in our health, most specifically out mental health.  According to Mentore “A high salt intake particularly table salt can cause cellular activation to be hypertonic, which can be a good thing but in excess over time your body’s ability to relax and have proper fluid balance and nerve transmission will be down regulated as a protective measure in the body,”

A senior reporter at Medical Daily, Lizette Borreli said, “A 2011 study published in Neurobiology of Aging found poor vascular health — associated with high-sodium diets, and a lack of exercise — may be related to a faster cognitive decline in old age. Participants with the highest daily sodium intake — defined as 3,091 milligrams a day or more and a sedentary lifestyle — were more likely to show declining scores on tests of cognitive function over a three-year period compared to their counterparts. Consuming processed foods can increase the risk of dementia, since they are typically high in sodium.”

Who would not prefer tasty and on-the-go meals?  Fast food chains are known to be very convenient especially in the cities where we reside and work, because they are existing just along the corner.  That is commonly the reason why most people choose to eat fast food.  However, eating too much fast food has many disadvantages to your health.    Fast foods, such as French fries and burgers, are high in trans-fat, saturated fat, sodium, sugar, etc.

How can this affect your health? Too much fast food can cause obesity because of the calories behind every burger.  People who eat fast foods more than four times a week can risk a greater chance of having a heart disease because of intaking too much saturated and trans fat found in fast foods.  Moreover, it can also cause stress and worse, brain drain.  Foods contain bad fatty acids and high sodium increases the level of stress since they act as powerful stimulants to the brain, along with the synthetic additives. 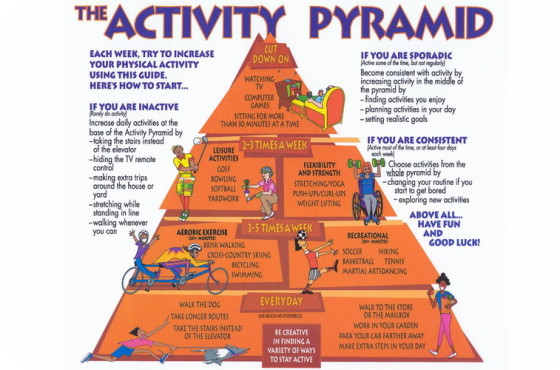 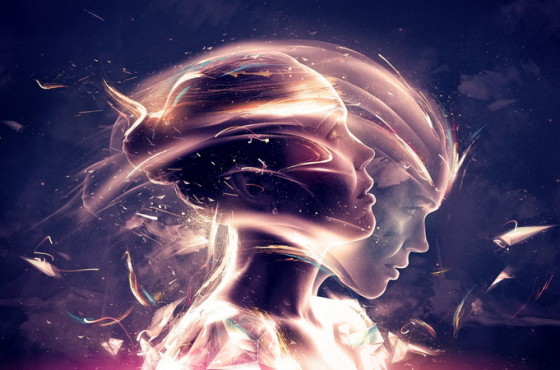 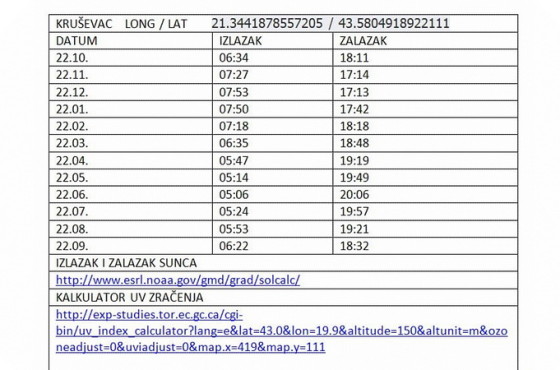